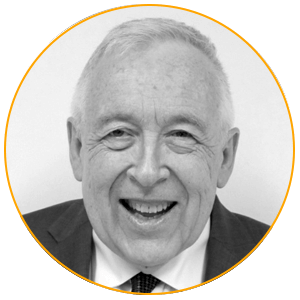 Gary N. McLean (Ed.D., Ph.D. hon.) is president of McLean Global Consulting, Inc., a family business. As an OD practitioner, he works extensively globally, especially in Asia. He recently worked in the Graduate School of Management in the International Islamic University of Malaysia as “Renowned Scholar.” He teaches regularly in the PhD program in HRD at NIDA (National Institute for Development Administration) in Thailand. Previously, he was a Senior Professor at Texas A&M University. He is professor emeritus and co-founder of the HRD program at the University of Minnesota. He served as President of the Academy of Human Resource Development and the International Management Development Association. He has served in editorial roles on a number of peer-reviewed journals in HRD and management. He is extensively published with books, book chapters, and journal articles. He has also presented numerous keynote addresses and workshops. His research interests are broad, focusing primarily on organization development and national and international HRD.

TOPIC: to be announced 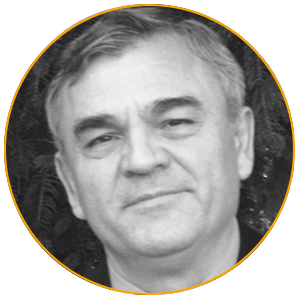 TOPIC: The Seven Myths and One Golden Rule of the Intellectual Capital 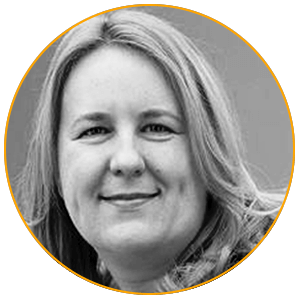 Dr. Blazenka Knezevic is the associate professor at University of Zagreb, Faculty of Economics and Business, Croatia. Blazenka Knezevic holds a Ph.D. in Business Administration (Faculty of Economics and Business, University of Zagreb, Croatia). She is an Associate Professor at the Department of Trade. She teaches several graduate and post-graduate courses: Retail information systems; Economics of electronic commerce; Trade and trade policy; Procurement management; Supplier relationship management. She is the principal investigator at scientific project supported by Croatian Science Foundation. She participated in various international research projects and numerous professional research projects. She did PhD thesis on „Importance of knowledge in value creation in trade“. She has published more than 40 papers in conference proceedings, books and academic journals. She is a member of the editorial board of the Business Excellence Journal (BEJ) and advisory board of Entrepreneurial Business and Economics Review (EBER). She is the regular reviewer at several international scientific journals in fields of retailing, distributive trade supply chains and distribution.

Retail industry is heavily exposed to changes in consumer behavior resulting from the intensive usage of digital technologies. The ongoing changes are obvious in all phases of purchasing process starting with new ways of collecting information on product and services which is not only driven by retail companies anymore, but by information sharing among consumers via social media as well. In addition, new ways of in-store shopping supported by digital technology emerge. Moreover, usage of electronic commerce and mobile commerce as substitutes or complements to traditional stores is also brought to the focus of modern retail management. Due to the intensive use of digital technologies, retailers and marketers nowadays are dealing with consumers who live in an era of information overload. Information overload as a phenomenon is driven by digitalization of everything and it refers to the situation when consumer is literally bombed with commercial and other information throughout various information channels (such as: traditional media, electronic media, social media, billboards, posters within the stores, traditional and digital advertises in public transport means, mobile applications etc.). Information overload as an economic problem occurs both on employees’ and on consumers’ side. However, we will focus on consumer part of the story. Information overload creates consumer who is (1) less responsive to advertising, (2) easily influenced by social media, (3) exceptionally well informed before entering the retail store, (4) distrustful and less loyal to sales channel, company, store or a product brand, (5) frustrated with numerous marketing messages, especially those transmitted directly on a personal level. But numerous examples are showing that, in the situation of information overload, some consumers are becoming more responsive to an instant fascination with the offered products or services. Therefore, lifecycles of products shorten rapidly and there are numerous examples showing this trend. So we can say that digital technology creates a number of challenges that a fashionable retailer must analyse and adapt to in order to create and preserve its competitive advantage. 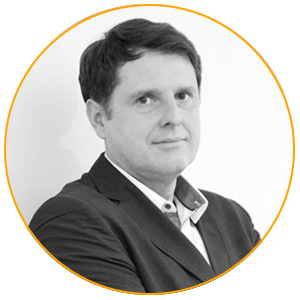 He is a professor in management at the Poznan University of Economics in Poznan, Poland. His research interests include knowledge management, intellectual capital, service design, education and innovation management. He was a Senior Fulbright Scholar at Sam Houston University, TX, USA and Marie Curie Research Fellow at the Centre for Social Innovation (zsi.at) in Vienna, Austria. He is the author of the first Polish Intellectual Capital Report in a Higher Education Institution (2004). He is an author of 15 books and over 70 research papers. Prof. Fazlagic has participated in numerous research projects including the development of the new strategy for the city of Poznan, Innovation Report “School for Innovators” and the national survey on the trust in Polish business sector (2015). He is the owner of SCIENTIA-VIS, a consultancy specializing in innovation management and creativity. He also supports the development of European head teachers by organizing seminars and conferences aimed at improving leadership skills and marketing competences in schools. He frequently appears on Polish national media commenting on the current state of the education.

TOPIC: The Seven Images of a Knowledge-Based-Economy.

Full professor of Economics, since 2005 works as a director of the World Economy Research Institute; in 2016 elected as a Dean of the Collegium of World Economy at Warsaw School of Economics for the period of 2016-2020. She holds Ph.D. degree in Economics (1995) and habilitation (D.Sc.) in Economics (2002). In 1999-2000 she worked as a research fellow at the University College London, UK.

Her research and academic teaching focus on international economics, and economics of innovation in particular, issues relating to FDI, technology transfer, innovation systems as well as the effects of FDI and foreign trade on competitiveness. She authored and co-authored over 100 books and scientific articles. She has been carried out many advisory projects for enterprises and governmental organizations in the field of internationalization strategies, R&D and innovation. Since 2012 she works as an expert of the European Commission providing an advice on policies for research and innovation. In particular in 2012-2015 she was a member of the High Level Economic Policy Expert Groups (“Innovation for Growth – I4G” and “RISE”), in 2017 she joined the European Commission expert group “Economic and Societal Impact of Research and innovation (ESIR)” providing economic analyses and recommendations in view of supporting policy implementation as well as she was appointed a chair of the EC expert panel working on “Mutual Learning Exercise - The evaluation of business R&D grant schemes”.

TOPIC: Towards Innovation Union in Europe: Should Innovation Policy be Evidence-based?

Nowadays, the European Union is challenged in the global arena by emerging economies as well as by the US in terms of developing innovation and capitalizing on knowledge and technology. The need to elaborate long-term strategic visions for the European Union research and innovation system has been recognized in the “Europe 2020” strategy, especially in its innovation union initiative. One of its objectives is to strengthen the European science base and to use scientific evidence in the process of innovation policy-making. The idea of using scientific evidence in order to shape policies aimed at solving society’s problems already existed in ancient times and can be found in the works of Plato, Aristotle, Descartes, among others. Today, an increase in the demand for scientific evidence has been noted, along with questions posed to scientists by policy-makers and by the entire society regarding a range of choices in energy, the consequences of climate change, food safety to health care or social exclusion.

The main objective of this keynote speech is to discuss the direct and indirect effects of the EU innovation policy instruments implemented as an Innovation Union initiative. An emphasis will be put on the tools that promote a stronger European dimension of R&D, including an evidence-based approach to policy making. The speech will be based on the results of the European Union Horizon 2020 project on “Investigating the Impact of the Innovation Union (I3U)”, (H2020-INSO-2014, grant Agreement: 645884).

José M. Viedma is a Doctor of Industrial Engineering, a graduate in Economics and Professor of Strategic Management of Intangibles at UPC Polytechnic University of Catalonia and UPC School of Professional & Executive Development in Barcelona, Spain. He has held top executive positions in computer services and management consultancy firms. He is president and founding partner of the “Intellectual Capital Management System” and founding partner of M&A Fusiones y Adquisiciones. He is also founding member of “The new club of Paris”, CISC (Comunidad Iberoamericana de Sistemas de Conocimiento) and IAKM (International Association for Knowledge Management). Jose teaches and researches on the subject of knowledge management and intellectual capital management at the micro level and knowledge economy and knowledge based development at the macro level. He is an advisory board member for a number of journals. His current field of interest is focused on the strategic management of knowledge, intellectual capital and intangible assets practical research and he has consulted and developed a number of management frameworks and systems worldwide. His international research has crystallized in practical methodologies such as ICBS, SCBS, CICBS, RICBS and NICBS. Further information can be found in: http://www.jmviedma.com/.

TOPIC: In search of an Integrated Reporting at the macro level (Regions and Nations). Theoretical foundations and framework proposal.

The advent of the Knowledge economy has dramatically changed the foundations of wealth creation for individuals, companies and nations. Assuming wealth is equivalent to abundance of   valuable assets, we realize that in the new context of the knowledge economy wealth is moving from tangible to intangible assets. At company level, traditional accounting books (Balance Sheets and Profit and Lost Accounts) do not provide relevant information on intangible assets, and the way to inform on future wealth creation potential is given to new information system initiatives, such as Integrated Reporting. At the macro level (Regions and Nations) there is a similar problem, but not a similar tentative solution and this research pretends to search the theoretical foundations of an Integrated Reporting at the macro level and to design an Integrated Reporting specific framework as well. After an introduction, the presentation has two main purposes. First, discovering from the existing relevant literature on sustainable political, economic and social development and on competitiveness, innovation and intellectual capital at the macro level, which are the principles and theories that guide nations’ wealth creation in the knowledge economy context. Second, finding out the suitable methodology or framework to enable an in-depth diagnosis of a nation’s wealth creation potential foundations. At the same time, this methodology or framework would be the cornerstone of a kind of Integrated Reporting at the macro level (Regions and Nations).

We use cookies to ensure that we give you the best experience on our website. If you continue to use this site we will assume that you are happy with it.Ok